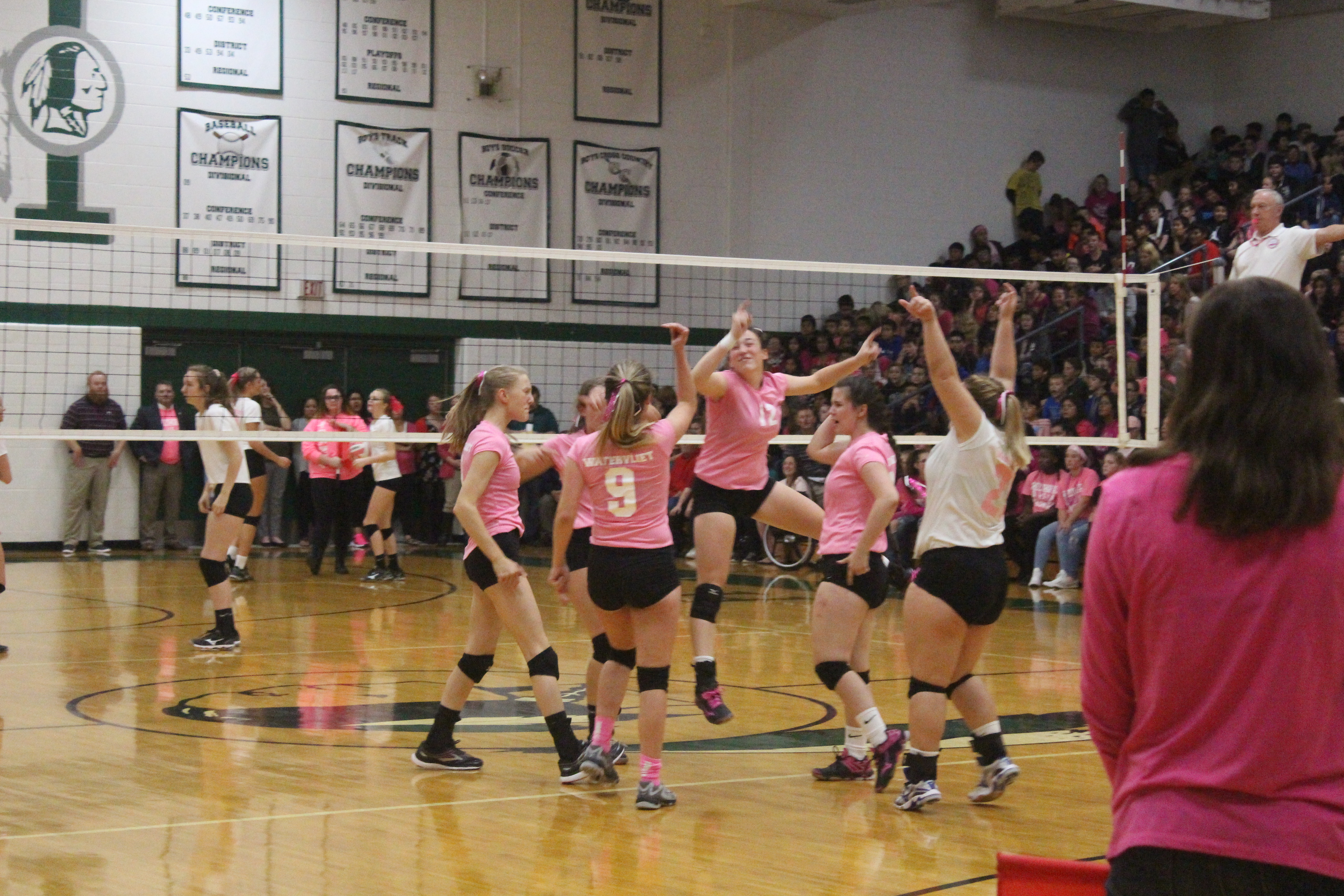 Panthers headed to Hartford for the annual Dig Pink match. There was an outstanding amount of energy and team support for a great cause. These two teams come together each year to raise awareness and to show support to all students and families that are battling cancer and to honor survivors.

The Panthers took an early lead in both game one and game two to capture the win. In game three the Panthers had a slow start but battled back tying the score 8-8 and pushed forward to earn the final game win. Van Lente led the team with 6 aces. Smith led defensively with 8 digs. Koshar led the Panthers offense with 10 kills and 2 blocks and Clay had 20 assist.

No Events This Week

Events are added by athletic staff.
View All Events