On Saturday, March 27 the Panther Wrestling Team sent three District Place Winners to the Regional Meet – Riley Hess, Dominick Morrison, and Eli Marshall.  Matches were tough all around but at the end of the day, Eli had earned 3rd place in his weight class, going 3-1 on the day and sending him on to compete in the State Finals on Saturday, April 2nd.  Making the day’s events even sweeter for Eli, he recorded his 100th career win on his first match of the day.  Great seasons Riley, Dominick and Eli!  And best of luck to Eli Marshall at the State Meet. 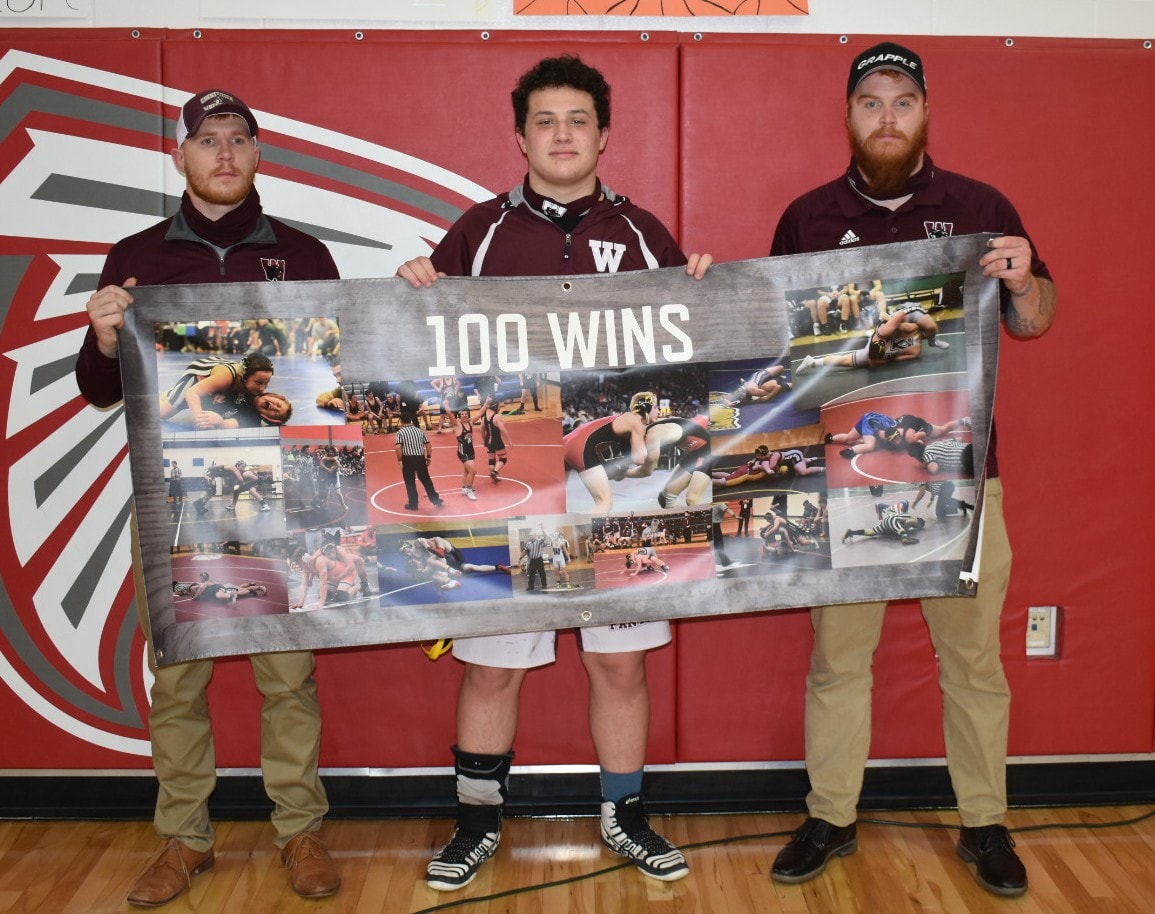